Inside: A response to Matt Chandler’s statement about deconstruction, from someone who is actually deconstructing.

Twelve years ago, I had a baby. Because I hate all things dieting, I decided to run a half-marathon to lose the baby weight.

While logging mile after mile around the Charles River, I listened to hours and hours of podcasts – mostly sermons.

Looking back on those runs, the sermons I chose to listen to during those hours, it’s kind of horrifying, honestly. Because my head was filled with voice after voice that I can no longer trust and most definitely can no longer respect.

They’ve fallen like dominoes, one after the other, in the past year. As clip after clip and news article after news article reveals their true colors, I add more names to the list of evangelical leaders I can no longer support or listen to.

Matt Chandler was one of those voices.

His name actually made it onto the list earlier this year, when I read about the abuse scandal within The Village Church he chose to cover up. They chose to protect the staff member, not the victim.

And then last week, Matt Chandler had the audacity to address the deconstruction community. And what did he decide to call deconstruction? Of all things, he chose “sexy.”

You and I are in a day and age where deconstruction and the turning away from and leaving the faith has become some sort of sexy thing to do.

Deconstruction Is Traumatic, Exhausting, and Painful

This sentiment appears to be common in the evangelical world, as the Gospel Coalition wrote an article about the four reasons for deconstruction (and no, these are not the reasons) and included “trendy” as one of them.

Because this…misunderstanding…is so pervasive, let me clear something up for you. Deconstruction is not sexy: it is horribly traumatic.

Deconstruction is not fun in ANY way. Reevaluating every tenet of the faith you literally built your life on? Not fun.

Walking away from a community that was your life and breath during your most formative years? Not fun.

Doing this work with kids? Really, really not fun.

I described it this way to a friend earlier this week:

It’s like separating tumor from healthy tissue and arteries. Except it feels like there is more tumor than healthy tissue and everything is so interwoven that the task feels utterly impossible, you sometimes wonder if there’s anything worth saving.

For the record, I still love God. I still love Jesus, and I am fighting with all that is in me to have faith that there is healthy tissue worth preserving. But I’ve been at this for more than a year, and I am TIRED.

I can absolutely understand why people walk away from their faith altogether, at least for a season.

Because the American evangelical church has messed up the heart of the gospel so much, it’s achingly devastating. And enraging, and all kind of other negative emotions.

Deconstruction is exhausting. It is painful. It is life-upending. It is not something people decide to do because it’s trendy or fun.

Deconstructionists? We Were Your Pillars.

Many, many, many of the people I know in the deconstruction community, including myself, were evangelical world’s greatest champions at one point.

We were the ones who were so deeply loyal, I now look back at my rainbow puking unicornness and want to throw up a little.

Many of us gave our best years to the church. We made life-long friends in the church, the best and closest friends we had up until deconstruction.

You would think when enough of your pillars walk away, you’d start wondering why…

Imagine our devastation to learn that so much of what we were not only taught to believe, but taught others to believe was simply not true? To learn of the pain those beliefs caused so many? And that we gave our best years to teaching those beliefs?

Sadly, it seems, the evangelical American church continues to have no desire to change, no interest in looking inward at what might possibly be causing this mass exodus (spoiler alert: it’s not the enemy, it’s you).

Instead, they’ve turned their pointing fingers outward once again – I wish I could say I’m shocked – and turned the deconstruction community into their new scapegoat, the example to hold up on Sunday mornings of what NOT to do.

But the pointed fingers? I hope it feels good on your end because it’s not doing much on ours.

We will not be guilted back inside church doors by shaming tactics like this one that are now so obvious, it’s downright scary that I didn’t see these tactics for what they were before.

So, You Want to Know Why Christians Are Deconstructing? Lean In Close.

Do you want to know why your church members or your children or your good friends are deconstructing in droves? I’m going to say this in the politest way possible.

Close your mouth: start listening. Not listening with your premeditated response waiting in your head. Actually listen, and then listen some more.

Think about what they say, and don’t respond with anything more than, “I hear you,” today or tomorrow or next week. Just.keep.listening.

Unfortunately, this is the lesson the church has failed to learn with people group after people group, for decade after decade. I no longer hope for this to happen.

Instead, we write blogs like this one, and pray that Christians who are asking hard questions and wrestling with deep disillusionment in the church find us. Because they most definitely aren’t going to find any empathy or understanding in their churches.

Instead, they’ll find a huge helping of shame and guilt (thanks, Matt), with a side of misguided opinions about deconstruction posited as fact.

So not that you asked me, but no, Matt, deconstruction is so very far from sexy. 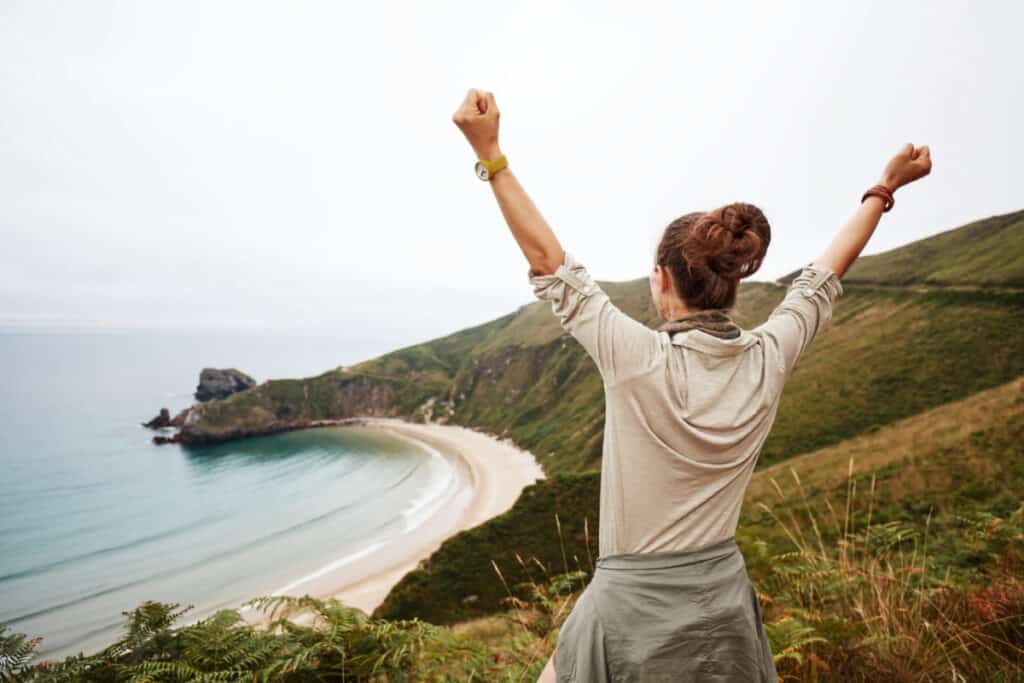